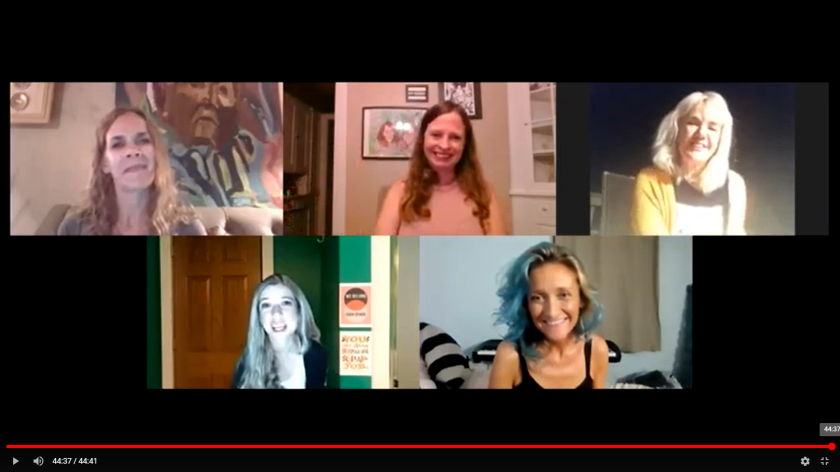 Still so excited about #MeTooMpls, an album (and movement) to lift the voices of women/ femmes/ trans/ nonbinary folks in Minneapolis, to support sexual assault survivors and to raise funds for Planned Parenthood. CD release happening Sep 24 virtually from the Hook and Ladder.

Today we spoke with Katy Vernon, Sarah Morris and Ashleigh Still. Here are the songs they did on the album:

The strength of women humbles me. I want to warn listeners that there are “adult topics” discussed in this interview but in way that could open important discussions with teens on up.

There was a theme tonight of artists who have had enough!

Katy’s song Shine is an anthem of owning who you are and celebrating who you are. Katy’s celebration comes after years of  battling the old school boys’ club rules and subsequently wondering if she’s good enough. It’s a refreshingly upbeat songs for the album. Last weekend Katy recorded her performance for the CD release (and she was great!) She sang Shine and 23, a song from an earlier album. With us, she revealed that 23 is also a song about being fed up with the patriarchy, although she didn’t admit to that at the time, which is part of why this album is important. The more we talk about it, the more we recognize it and change it for ourselves and others.

Sarah’s song, Like its’ Gospel, is inspired by the similarity between her toddler son’s tantrum and President Trump’s outbursts. The idea of not hearing, not listening and the certainty of his certainly. The frustration that we have when we encounter someone like that – someone who thinks their view is gospel. Sarah introduced us to the phrase – give me the confidence of a 3 year old girl, based on her own daughter. And based on her. Sarah’s mother reminded her that she too had been boldly confident as a young girl and lost that edge in middle school. Sarah also mentioned her son (who is a little older now) and his caring nature. We need for middle school to build up these qualities that should be gender-neutral, not diminish them.

Ashleigh’s Not Fucking Around, starts out the album. It is a song of a woman, a community, a time that will no longer stand for sexual abuse and harassment. She has heartbreaking stories of personal sexual abuse – as she said she’s been raped both violently and slowly and has had to deal with the repercussions of dealing with the pain and with those men after the fact, the next morning or at work or other circumstances. Ashleigh has reached a point where she no longer cares what people think. She is owning herself. And she wants this album to start conversations especially with young people because until we start the conversations, these situations will not change.

Some hard stories today but important ones. I thank all of the brave women/femmes/trans/nonbinary folks on this album who share their stories.

There are 17 artists on the album; we hope to talk to many of them. It’s an honor to be able to promote such important work. (Also there will be a virtual performance CD release from the Hook and Ladder on September 24. You can