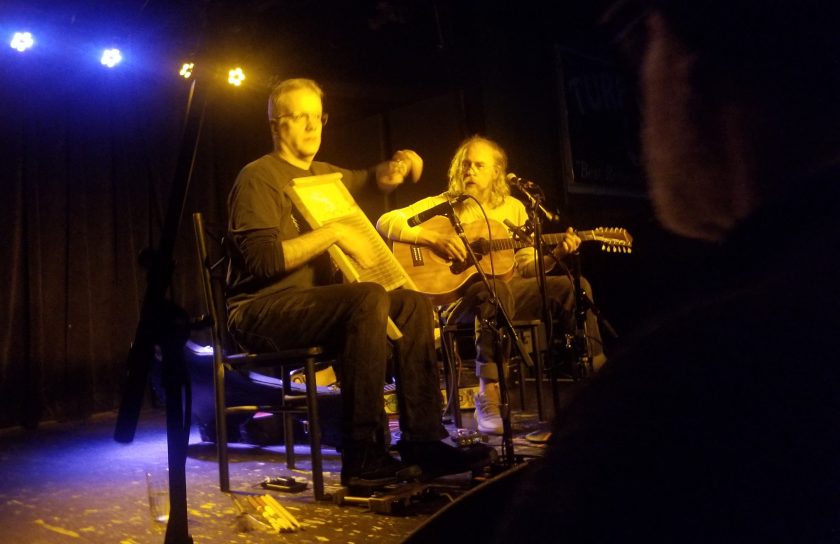 I don’t know when the tradition of January residencies began but they are gift to Minnesota music lovers who don’t get a southern break all winter. Something to look forward to and some of those shows get just as steamy as the beach.

Last night the month started with Charlie Parr’s Sundays in January. His set began without fanfare with Charlie on guitar and Mikkel Beckmen on washboard. The opened with a song by Spider John Koerner. The set was a mix of original music and covers but all of them well loved. The storytelling in the music is legendary and they get every foot stomping. The Clown Lounge was shaking below during Ain’t No Grave. Greta Ruth opened the night. It was great to see her get such exposure. Her music is experimental folk. There’s an ethereal feel to her subtle storytelling.

(I’m sure there are others I haven’t seen. You’re welcome to send them to me to be added.)