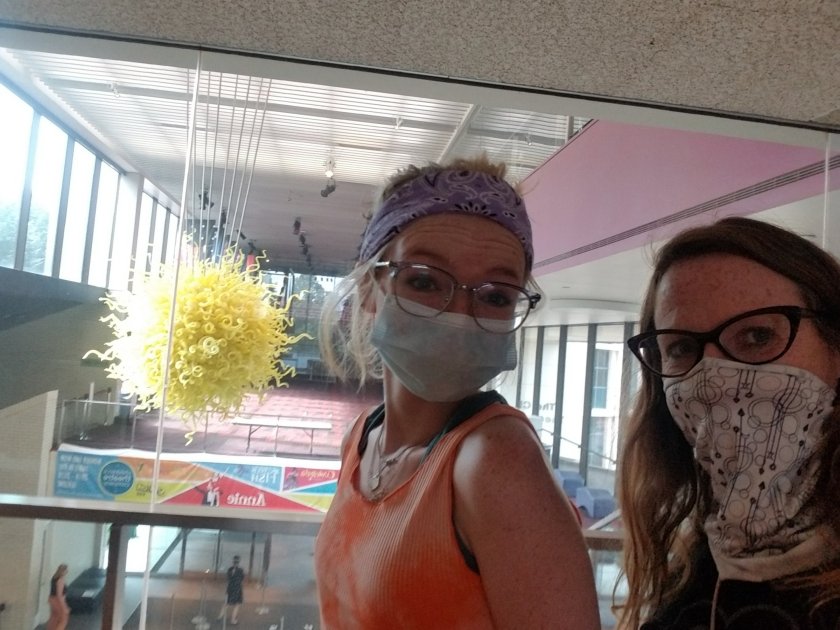 The Minneapolis Institute of Art opened on Thursday and Aine and I were there in the front row because we have missed indoor art. Aside from the iconic, yellow Chihuly, we didn’t see any of our favorites; we spent our time at When Home Won’t Let You Stay, an exhibit that tells the stories of immigrants and their migrations.

The show pulls on the heartstrings. It highlights human to human cruelty around the world and celebrates the small mercies that make the difference between life and death, servitude and freedom. Throughout the exhibit you meet some incredible immigrants. I wanted to say the show celebrates their strength except that might imply that those who fail to immigrate are somehow weak. But we see in the show that they are not weak, they have just not had the luck or the mercy that others have had.

I didn’t see this show when it first opened (Feb 2020) before COVID and the murder of George Floyd. But I feel that during the pandemic, we are predisposed to recognize the luck of birth and importance of giving and showing mercy. It makes the show even more touching.

We spent a lot of time watching Incoming from Richard Mosse. He uses surveillance cameras to record refugee migrations from Africa and the Middle East to Europe. You see truck loads of people appearing to travel at night. There’s a scene where people seem to be salvaging artwork from a church to bring with them on the journey. There’s something about the cinematography that makes black face chalky white while eye, lips, anything wet and warm are like dark holes.

It’s an immersive triptych of videos that puts you on the frontlines of danger and cold and fatigue. Ironically, we were sitting on the soft shag carpeting alone in this super airconditioned room. (Couches are closed off due to COVID.) So we’re comfortable for the first time in days, watching the pain of others.

There’s another video installation on water travel called Western Union Small Boats by Isaac Julien. If I had a whole day at the MIA, I’d watch each video for an hour. I didn’t have as much time on this visit. But the videos (again a triptych) show boats and beaches, presumably with dead bodies covered in solar blankets and people dancing under water. They are dancing in an ominous way, as if they aren’t waving but drowning (to borrow from poet Stevie Smith). The movement is graceful but it is as if they fallen off a boat, fully clothes and despite the beauty of it, they are in peril. Very moving.

Then there were some large scale installations. The library of books wrapped in colorful materials. The tent houses built of bright colored netting. The suitcases connected with human hair, highlighting the need to choose between utility, memory and vanity when you pack for a refugees’ voyage. And of course the thousands of discarded lifejackets on the columns of the side entrance to the museum. The jackets were worn by refugees going from Turkey to Greece, to be installed on Mia’s exterior columns.

Finally, there were a series of videos of 11 LGBTQ refugees (The Crossing by Carlos Motta). Each tells their personal story of migration, the prejudice and cruelty they suffered because of their LGBTQ standing. The moving and moving until they found a safe place. Traveling with other refugees who were unkind to them. Not knowing what to expect from each port on the journey.  This was the hardest to watch, because it was one of the few works that made the story so personal.