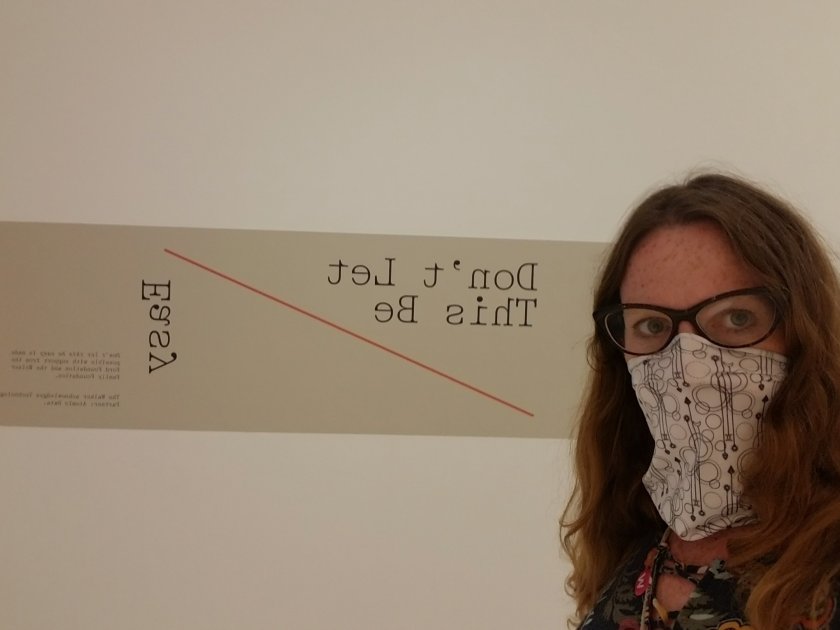 The Walker is part of a 100-museum effort with the Feminist Art Coalition (FAC) committed to social justice and structural change. Don’t Let This Be Easy is an exhibit that includes 50 years of work women and feminists that apparently hasn’t been shown before, or at least not often because the art defies “normal” classification or art grouping.

The FAC began in 2017 (apparently inspired by the Women’s March!), a year after the Guerilla Girls visited the Twin Cities to call out the abysmal representation of women in local galleries. So it’s a little bit of everything I love.

A big start is Andrea Carlson’s paintings swirly and retro and western. She is Ojibwe from Grand Portage and studied at Minneapolis College of Art and Design. I love the colors and the imagery reminds me of Northern Minnesota – not hills, not of valleys, blue skies and green.

Ellen Gallagher has modified 60s advertisements and prints to emphasize the racially specific messages of beauty – especially encouraging women to look differently than they would naturally look.

Pooh Unplugged by Karen Finley speaks for itself. From the Tao of Pooh to this work, AA Milne’s character lives a larger life than most people – famous or not! 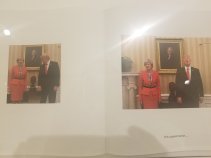 I can barely include the Sophie Nys, for reasons you can see below. I think once we can turn the page on this chapter, I might be more open minded.

Adrian Piper’s work Pretend reminds me of several conversations I’ve had with people in the last few weeks about what can we do – what can we expect others to do once the see things. Can we unsee? Can we ignore? Can we pretend? (I hope not.)