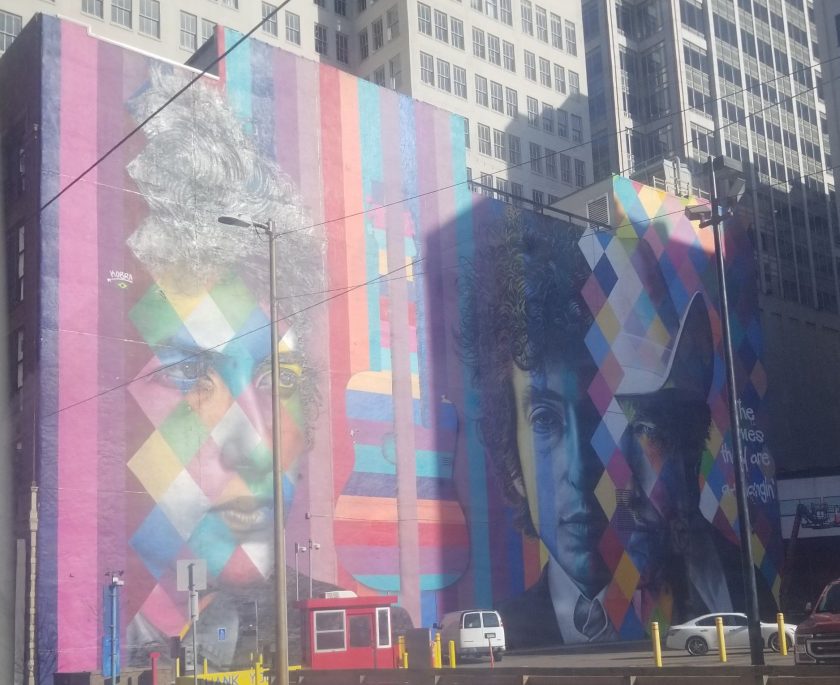 Last night First Avenue felt like a TV studio with local luminaries paying homage to Bob Dylan in song. The venue that can squeeze at least 1500 people in normal times was kept to fewer than 100 last night with maybe 25 socially distanced tables and no standing room allowed. Being there felt very special and important. (Big thanks to my host and fellow music fan Paul Engebretson!!)

I missed the dancing but the sound was great and the view was spectacular. No six-footer standing obliviously in front of me. The night went quickly with a house band of Matt Fink, Steve Brantseg, Noah Levy, Barb Brynstad, and Gregg Inhofer who played with nearly every performer parading through the stage. There was a lot of intermixing of performers too. It was especially fun to watch see the personalities in the intimacy of the room. Some are serious and focused, some seem as comfortable as if they were playing around a campfire with friends. And of course there was a lot more harmonica than First Ave has seen in a while.

Curtis A and Mary Bue get special mentions for best dressed. Mary for her thigh high rose boot and Curtis for the slick shirt with a UFO beaming up a cow on the back. Terry Walsh gets most tender moment award for playing a song for his father, who passed away recently. My only disappointment was no encore, which I assume is attributed to First Avenue playing very much by the rules in the COVID world. I feel like the musicians may have been as bummed as we were. But that didn’t ruin the night – it was like catching up with a month of live music in one night.