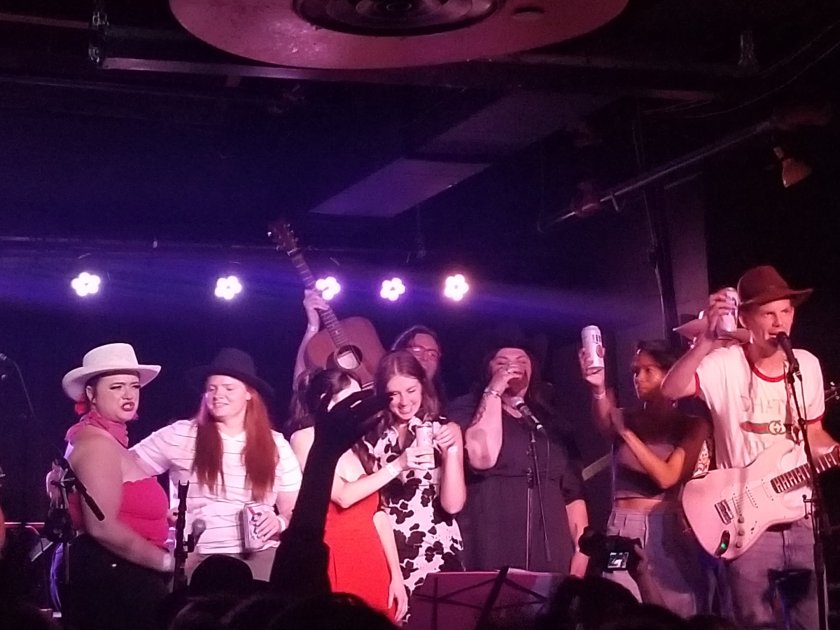 Last night my worlds collided when some of my favorite Minnesota performers played A Tribute to Shania Twain show at the Turf Club as a fundraiser for Women’s March MN (WMM). I’m on the board of WMM; we were honored to be the recipients. Thank you to everyone involved, including the many kind people who came up to say thank you, buy merch or make a donation.

This is the second Shania Twain tribute; the first happening two years ago. It is the brainchild of Seth Duin, Kai Brewster and the A Little Too Short to be Stormtroopers Band. They do good works by hosting shows that lift up women and nonbinary performers that also donate proceeds to women’s groups.

Performers included Mae Simpson, Faith Boblett, Savannah Smith, Jaedyn James, Diane, Laura Hugo, Cecelia Erholtz (from TABAH) and Leslie Vincent, all backed by A Little Too Short to be Stormtroopers Band, featuring members of General B and The Wiz, Ruben, The OK Factor, Theyself, Sleep Study and The Plott Hounds.

The performers seemed to have as much fun as the crowd, which is saying something. The crowd dresses up and sings along. The performer mix and match the lineup. Always fun to see Savannah and Faith sing. They met at the last Tribute but you’d think they went to first grade together. Mae and Jaedyn together were another powerful duo – that’s  lot of power on one stage. Cecelia with Faith – did impress me much. And Leslie to bring in the color and glam.

Also a special nod to the Hold You Lady Tight Night for getting folks out to line dance before the performers even took stage!