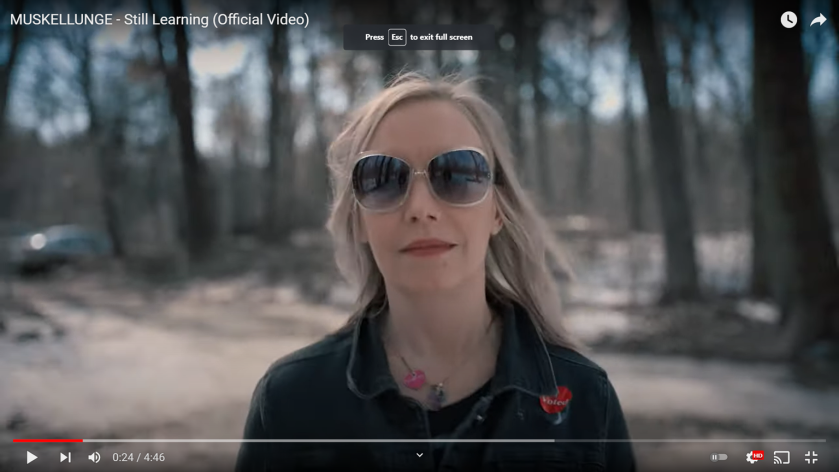 Here’s a song that feels like a look back and a look forward – or more directly a long run down a Minnesota road with Still Learning by Muskellunge.

Careful music fans, of a certain (but not necessarily very old) age may remember Muskellunge from the early 1990s. They played for a while and then stopped, apparently to roam the southwest. But the COVID gave them the opportunity to reunite. They are releasing their first full-length album, In a Mess, In a State, and a Second Too Late, on November 18, 2021 – with a show to celebrate at the Hook & Ladder on November 19.

The song has that “alternative” sound of the 1990s. Featuring singer and co-songwriter, Reba Fritz, running all around a Minnesota landscape eventually landing on a Minneapolis roof looking over the city with a bandmate. There’s a lot of energy in the song and the video. Reba’s voice holds an even pace with a interesting inflection and there’s a charging riff and definitely enough upbeat energy to keep me happy on the dance floor.

Also – special patriotic nod to the red “I Voted” sticker Reba wears on the run. That made my day!