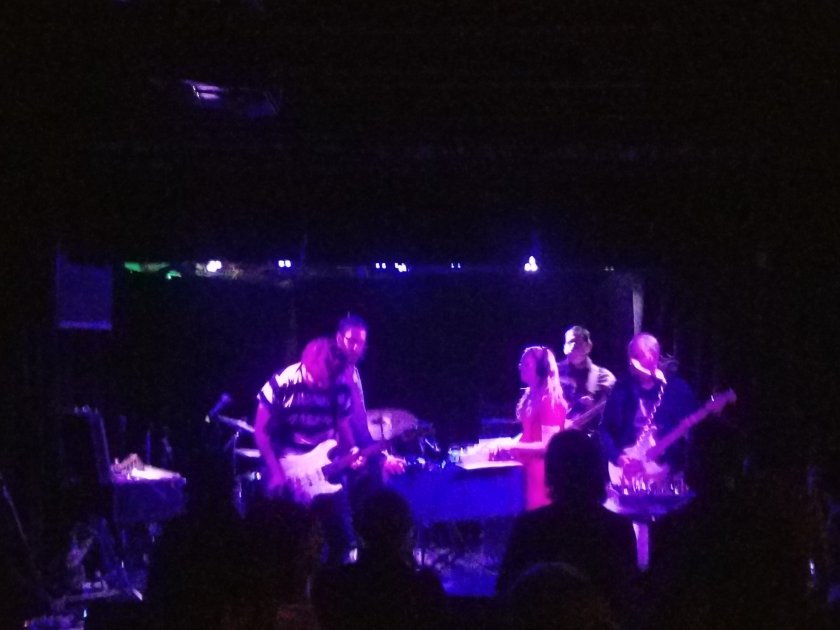 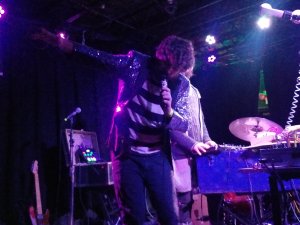 The Fires of Denmark turned the Seventh Street Entry into a European late night dance club last night (Nov 4, 2021). The place was packed people dancing up front, people dancing back by the bar, spilling drinks everywhere, the walls are throbbing and no one cared because everyone was focused on the beat and the undercurrent drone that pulsing from the stage throughout the room.

After talking with Fires of Denmark founder Mike Terrill earlier this week, I was curious about how this free form but painstakingly produced album would play on stage. The album was made by the band playing together for hours – techno jamming. Then Mike took those hours and turned them into bite-sized pieces of perfectly constructed songs. How to recreate that on the stage? He realized their job on stage was to do covers of their own music. It worked.

The live show breathes an added life into an album I already enjoy. The live looping is fun to watch. The interaction on stage is focused. These are musicians who want to play music. Audience be damned, they’d be playing regardless. I learned that Shelia Terrill (on modular synth) has played just a handful of shows yet she looks beatific on stage. They all look (and sound) so in their element.

There was a special appearance by Jae Havoc bringing a little freestyle rap to the synch vibe. It was a great mix and it’s exactly what makes live music different and to me, more exciting. There was also a moment where the guitar was left on the dancefloor – a test in audio optics.