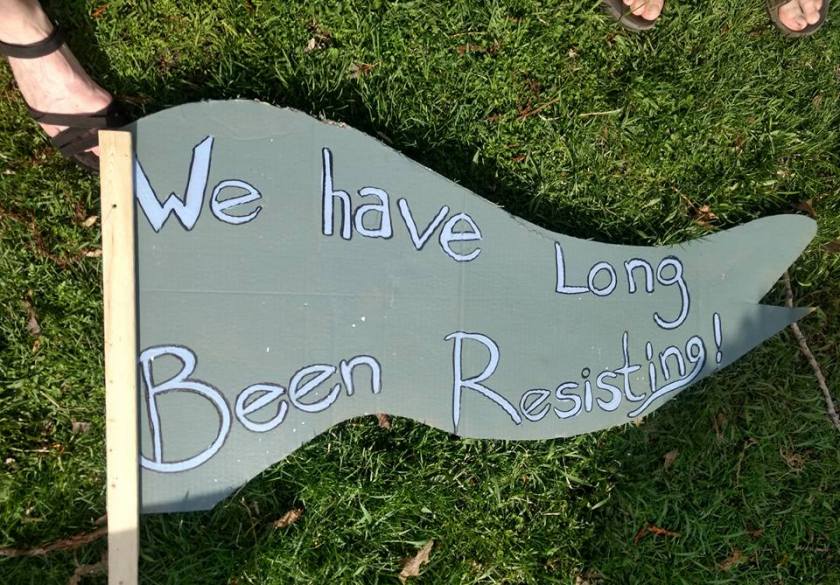 Today was one of the best days for May Day I can remember – shocking given my lake expert informed me that ice out happened on Minnesota yesterday! There are three parts to our May Day event: the Parade, the Tree of Life Ceremony, and a Festival in Powderhorn Park. We caught the tail end of the parade, part of the ceremony and the festival.

The theme this year is – What You Feed Grows – it’s all about love. There were the usual actors for the ceremony – the red boats that cross the river, the gods and goddesses with some new ones including my new favorite pink birds. It’s amazing to see the work that folks do in creating their costumes.

May Day is an ancient holiday – going back to 29 BC and possibly before. It was originally a festival of flowers, which makes sense given the spring timing. In more modern time the May Day was associated with the May Pole or even with the religious ceremonies crowning Mary, the mother of Jesus. I can remember collecting lilacs and doing a march for Mary at some of my schools as a kid. In the last 19th century, the Socialists decided to make May Day International  Workers’ Day. So there’s also a historical tie to Socialism.

The Powderhorn Park version of the holiday is heavy on celebrating spring, socialism and opportunities for inclusive approaches to life and politics. The parade includes floats and puppets that carry the theme – as well as a host of supportive/supported groups. The Women’s March marched. And many candidates march. The festival includes music, food, and booths from various organizations. The ceremony happens on the shore of the lake, featuring characters from the parade, and culminates with the giant sun coming by boat to the shore.