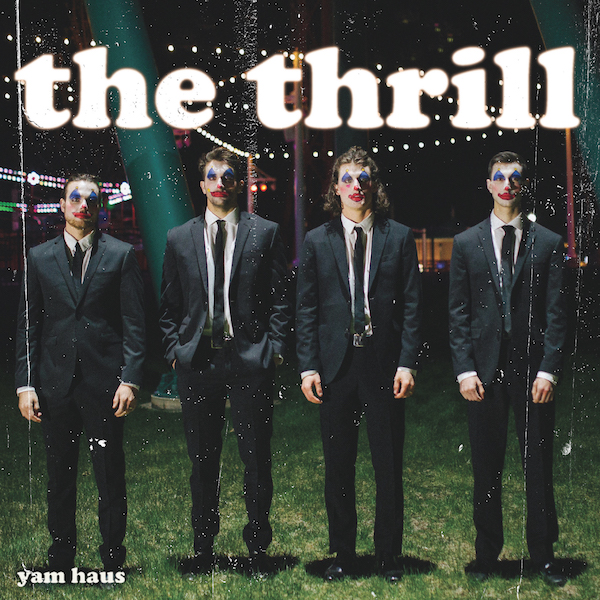 We’ve been so close to getting these guys on the radio show. Someday! Until then, we enjoy Yam Haus in their latest video – The Thrill. There’s a retro  haunted amusement park these that plays on the boy band persona of the band. I’m a little too old for a boy band, but not too old for a boy band that can play with their own image and genre.

The song is catchy – with a spoke piece right in the middle. (Love that!)  And keeping it Mostly Minnesota – it was filmed at Valley Fair!