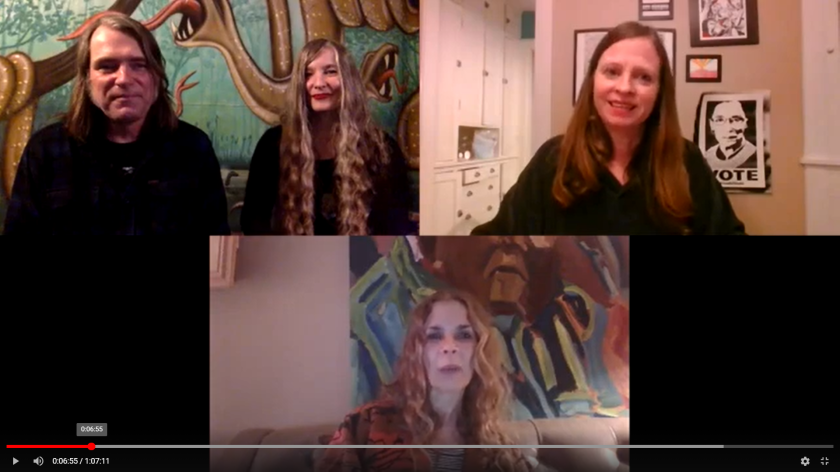 We’re excited about the new album and the release event – a Facebook video release of songs and home videos. We got a taste of what we might see with their video from In Flight, the single from the album. Rumor has it the video might include a tour of their studio in Sparta, Minnesota.

While Skylights was made in the last year, it’s a break from 2020. The songs are call back to regular life. Each song feels like a little vignette from their life. It conjures a sense of the normal as we knew it. Iowa is the story of the band from the lyrics of minivan and girlfriend on the road. Death Valley is a song about their trip to Death Valley. It is absolutely a gift to be able to write and sing such engaging songs about every day events. It lifts the ordinary to art status. And then there’s a ability to write a songs that needs to be danced to – like Morbid Fanatic! Can’t wait to hear that one live.

Their sound feels Minnesotan. A cosmic folk or modern hippie feel, which makes sense given the fact that between the two of them it feels like Rich and Germaine have played with half of Minnesota. And their time between the Twin Cities and the Iron Range gives them the sound of both worlds. It was fun to hear about their musical histories and the impact that they have had on the local community of Sparta. There is a culture of live, local, original music through Iron Range Original Music Association, which is amazing. It really makes a person think long and hard about a move up north!